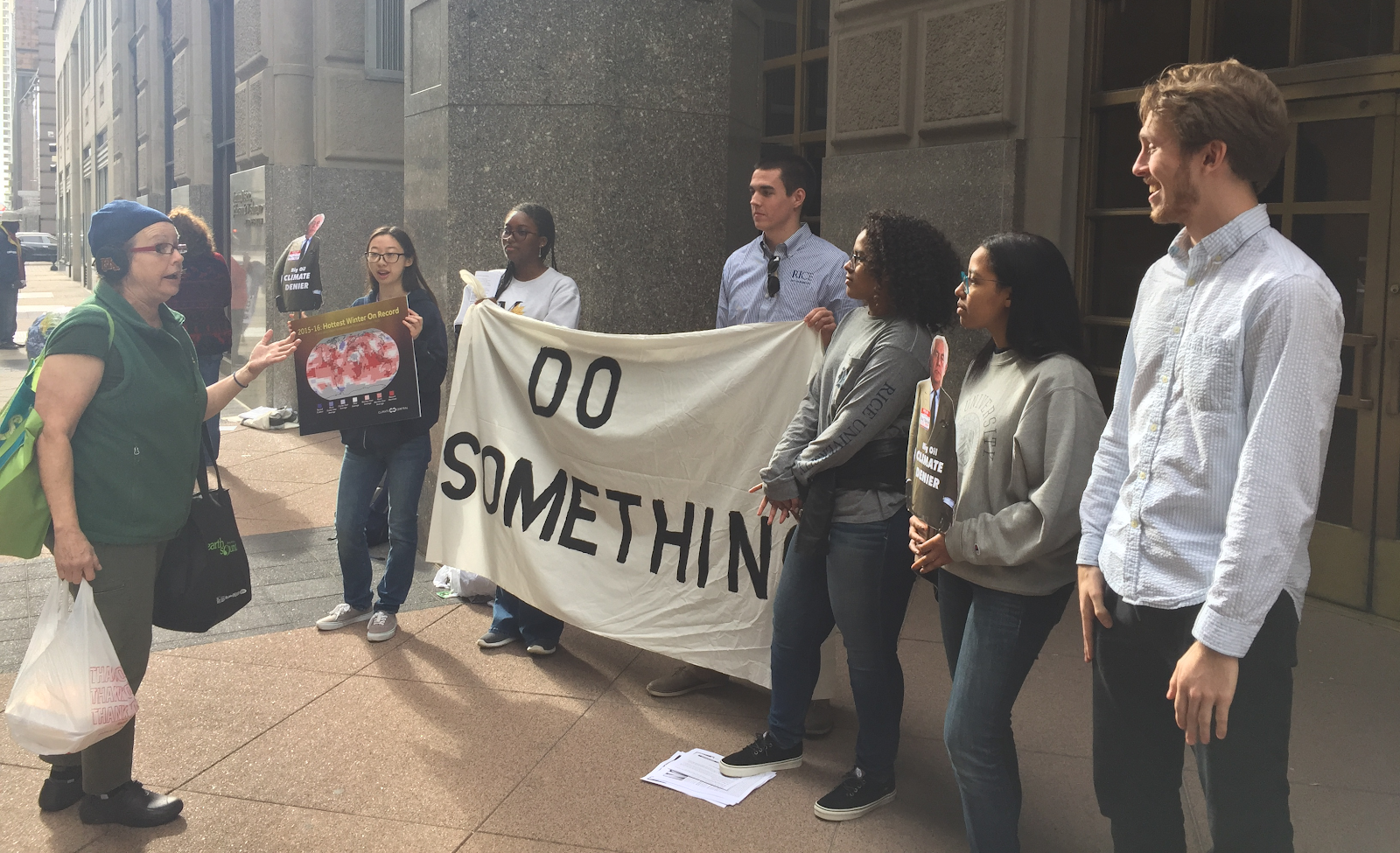 In the wake of the 2016 presidential election, students Ryan Pappal and Hasan Seede founded Texans for Climate Change Action (TFCCA). The organization aims to influence climate change policy both on the Rice campus and throughout Texas. The newly-founded nonprofit engages with Rice University and Houston officials, as well as organizes and participates in sustainability-focused events.

On Jan. 9, several student representatives from TFCCA partnered with members from the local branch of 350.org, a worldwide environmental advocacy group. The two parties met outside Sen. Ted Cruz’s Houston office for a teach-in regarding climate change and sustainability policies. The group stood outside the building with signs of climate change maps and others reading “Do Something”. The goal of the event was to express to representatives climate change is currently an important issue facing the world and the constituents want political action centered around sustainability.

The representatives from TFCCA and 350.org were later invited in multiple groups to speak with Cruz’s special assistant. The group presented the staff members with relevant information regarding climate change, ranging from Stanford University and Yale University studies to polls taken here in Texas. One TFCCA member, junior Noah Hardaway, met with the staff.

“They were professional, courteous, and they listened to all of our information and statistics,” he said. “They even took notes, which was really nice to see.”

Cruz’s special assistant was open and receptive to the comments made during the meetings. After listening to the messages from the groups, he encouraged the members of TFCCA and 350.org to reach out to Cruz with specific actions and legislation they would like to see implemented in the future, as the senator is largely focused on definitive policies. The Scholarly Action Committee of TFCCA is currently putting together the requested list to deliver to Cruz and his staff.