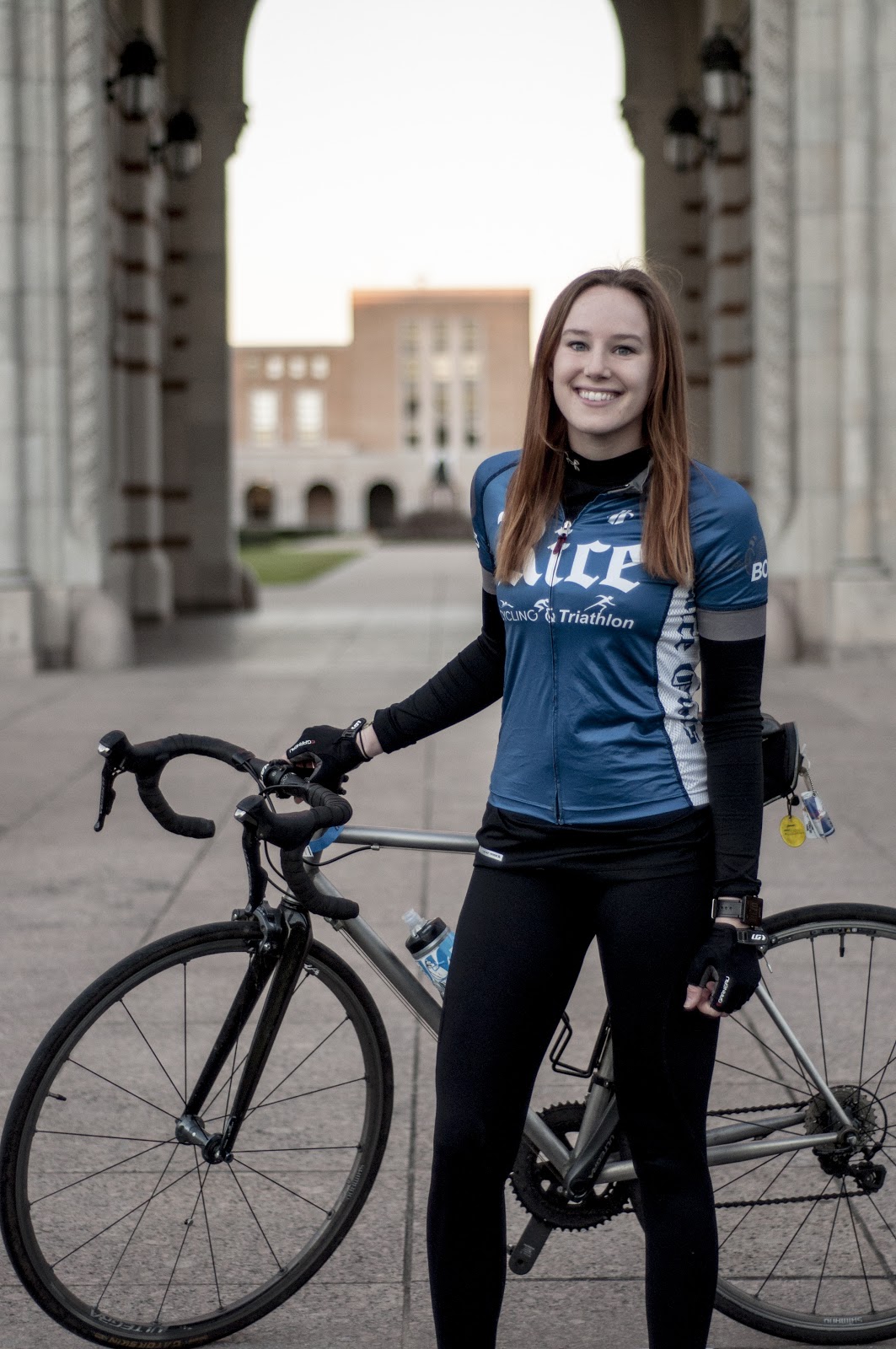 This summer, junior Madeleine Pelzel (Lovett ‘20) will combine her passions for cycling and philanthropy by participating in Bike and Build. Pelzel, an architecture and anthropology major from Indiana, has been involving in cycling culture at Rice since her first year.

Pelzel began her career at Rice Bikes as Marketing Manager during the fall of her freshman year, and she became General Manager in December of 2015. This year, she works at Rice Bikes as a mechanic. Pelzel is also the founder and president of the MS150 team at Rice, a group of students and faculty who ride from Houston to Austin to support research for multiple sclerosis. Set to launch next semester, Pelzel is organizing designRice, an initiative for students interested in design and manufacturing to create and sell products.

Pelzel first became involved in cycling her senior year of high school. Previously a dancer and track athlete, she took up cycling as a lifelong sustainable sport.

“I find mental clarity in biking long distances,” she said.

Pelzel participated in a ride from Key West, Florida, to Bloomington, Indiana, the summer before she matriculated at Rice. The following summer, she traveled over Iowa as part of the Register’s Annual Bike Ride Across Iowa, the longest running cycling tour in America.

Bike and Build organizes many rides each summer, and Pelzel has chosen the “Coastal Drift” route — a ride from Maine to New York City, where participants stop in five different cities along the way to build affordable housing. Pelzel first heard about the organization from a fellow mechanic at Rice Bikes who participated in the ride last year.

Pelzel chose this trip as it combines her love for service, cycling, and building. The cyclists are always engaged with one another, whether it be through building or moving to the next location. She said she looks forward to meeting the other participants and the people they are building with, forming relationships through their work.

To prepare for the trip this summer, Pelzel is participating in Habitat for Humanity, building houses for low-income families. She has met with people who have received houses, so she can determine how best to help the community members on her trip.

To support Pelzel’s ride, donate to her trip. Donations are tax-exempt, as Bike and Build is a 501(c)(3) non-profit. Donors will receive frequent updates on Pelzel’s progress and an end-of-trip summary.

“In supporting my efforts, it is supporting a group of people you may never meet, but making an impact on their lives,” Pelzel said. “It is an opportunity to take an active role in the serious problem of affordable housing.”